CyberSlate’s Transformers is designed to focus the learner’s attention on changes within words. As students become faster decoders, they tend to memorize whole words, and they only discriminate the individual sounds if they cannot figure out the word, or someone tells them they are mispronouncing it. Transformers keeps the decoding skills fresh. It presents two word parts with one different sound. The student is expected to find out what is different, pronounce the two words, and state what has changed. As the student becomes skilled in this fluency, he becomes a faster self-checker and increases his accuracy. Transformers is derived from the Let’s Read at Ben Bronz program (Stan-Spence, 1999), in which it is a key element. 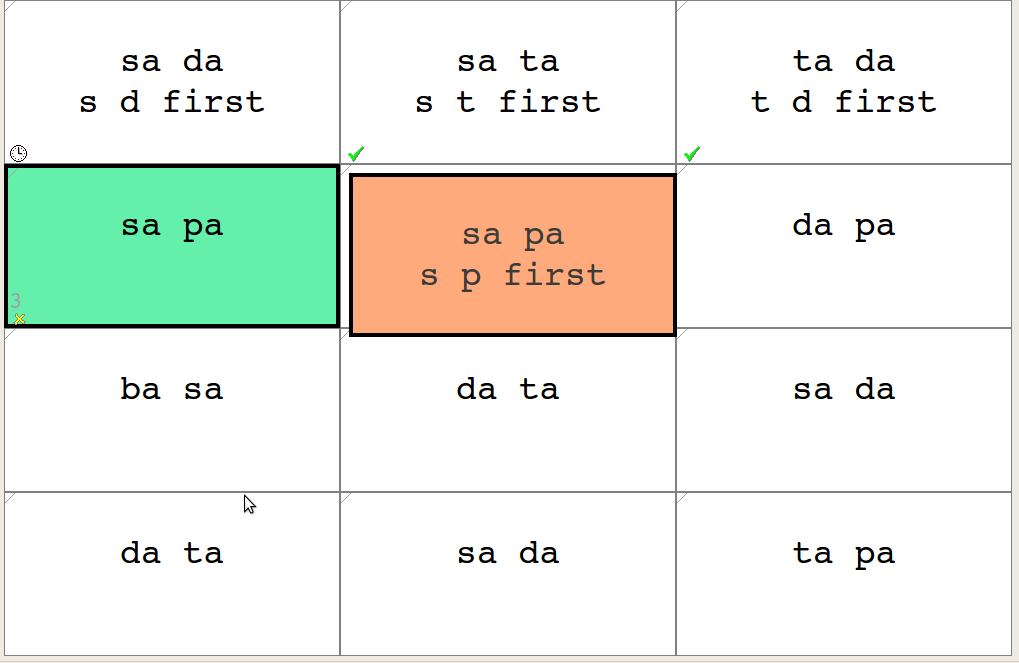 In Transformers, the student says both “words”, then states the changed sounds, and where they occur in the word.

If the student is accurate, you can have him complete this fluency himself, but he must read the words and say the change aloud. Monitor his performance fairly often. Remember that the coach should remain silent while the student is completing this fluency. 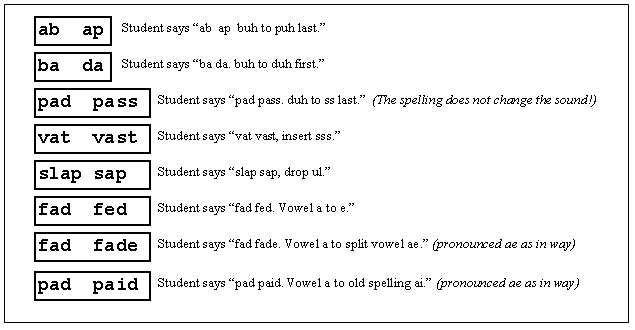 Eight examples of Transformers, and the wording that fits each example.

The student says which sound changes in the two words presented, the location of the changing sounds, and the action that occurs. He says the sounds the letters make, not the names of the letters. Only one sound is changed in each cell.  Here are eight examples with the wording that emphasizes the changes with as few words as possible: